“And I said, ‘Yeah, man. Totally!'”: The Obamacare Vloggers

You really should watch the video embedded above. Last week, President Obama invited several of the young folk with exceptionally active Youtube channels to come visit and talk with him about ideas for how to really use Youtube effectively to get out information about the Affordable Care Act. Now, I say “young folk” from my perspective as an admitted old fogie who remembers life before the Internet existed. I mean, really, before punch card programming. OLD fogie!

Anyway, we spend a lot of time in in various online healthcare communities talking about the power of social media for outreach. We all know that Obama works with masters in using social media effectively, and I’ve blogged about that here many times ([1], [2], [3], [4], [5], [6], [7]). Well, he’s done it again!

Last week, President Obama invited a variety of influential Youtube voices to the White House, asking them to help him reach the American youth to enroll in health insurance programs before the March 31st deadline.

Visited the White House yesterday with a few of my friends. Can't wait to tell you more soon. pic.twitter.com/sxhDhO8LfR 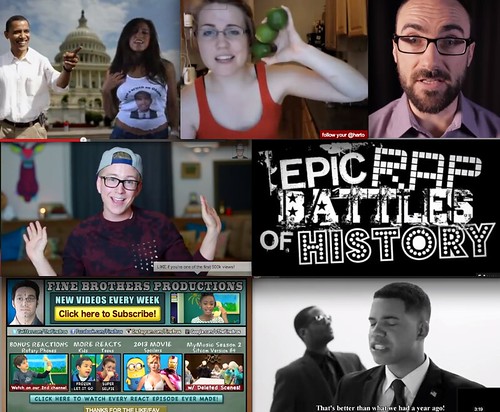 Another brilliant use of social media. My kid regularly watches about half of these, which means so do I (and, as an aside, you REALLY might enjoy the new “Kids React to Rotary Phones” which made me ROFL. Really. And made my kid ask me if I know what a rotary phone is. Really). That’s what the introductory video is for this post — famous vlogger NicePeter introducing the topic of why and how he met the President, in real people language, and promising more to come. I can’t wait to see what he says, and the other vloggers! Nice Peter looks to be the first of the group to get a video out, but some of them have added this link to existing videos. 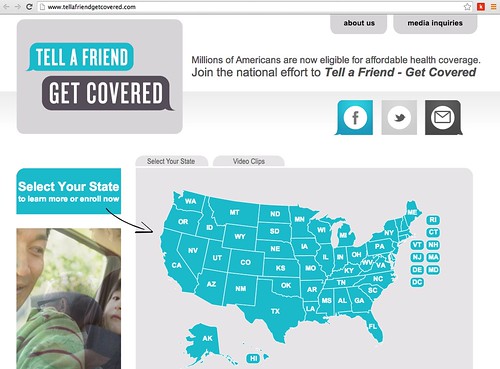 Tell a Friend: Get Covered: http://www.tellafriendgetcovered.com

Now, WHY Obama is doing this is the million dollar question. Literally. Well, at least that much, probably a lot more. You see, the logic behind pretty much all health insurance plans is that you have LOT of people in the plan, of all ages and all types of health, and then the need for resources will average out over the groups. So to make this work, you need young folk and old, healthy and not-so-healthy. If that doesn’t happen, well, the whole system breaks down, or costs everyone more money than was expected. The way my budget works, those two things amount to pretty much the same problem.

“He needs them to buy health insurance, and, in some cases, spend hundreds of dollars a month for it. If they don’t, the new insurance marketplaces — the absolute core of Obamacare — will be filled with older, sicker people, and premiums will skyrocket. And if that happens, the law will fail.” Obama’s last campaign: Inside the White House plan to sell Obamacare:
http://www.washingtonpost.com/blogs/wonkblog/wp/2013/07/17/obamas-last-campaign-inside-the-white-house-plan-to-sell-obamacare/

You’ve probably already figured out that there must be a problem getting young folk to register for Obamacare. Well, it’s true. Sort of. There is a genuine need for more young folk to enroll, but the data about what’s going on is both worrisome and hopeful. Look at the title of this piece.

That is based on enrollment data from the government, and if you read the article, it’s actually fairly positive about youth liking Obamacare and just waiting to enroll because, you know, they’re young, and that’s ‘how they roll.’ Here’s last quarter’s enrollment data.

During December, there was a more than 8-fold increase in the number of young adults (ages 18-34) who have selected a Marketplace plan through the FFM.

The next logical question might be, well, why is he doing this so late? Didn’t the Obama team think of reaching out to youth before it got so late? Actually, they’ve been reaching out for quite a while. I’ll post several examples below. The gist of this late push is that even though the numbers are rising, and the expectation was that youth would probably register late, there have been some unfortunate snafus (such as the web page being down on the day of the biggest push for youth enrollment) and that the expected lateness makes for a bit of nervousness and a desire to ensure that the idea of “registering late” doesn’t end up meaning, “Oops! I forgot!” After all, there are consequences to forgetting, both for the youth as individuals and for the good of the entire program.

OBAMA REACHING OUT TO YOUTH

Obamacare: What if not enough young, healthy people enroll? (+video)
The 18-to-34-year-old cohort is the most coveted for the exchanges, and should be about one-third of enrollees, though there are backstops if enrollment falls short.
By Linda Feldmann, Staff writer / December 5, 2013
http://www.csmonitor.com/USA/DC-Decoder/2013/1205/Obamacare-What-if-not-enough-young-healthy-people-enroll-video