What To Do About Bad Guys in Your Twitter Events 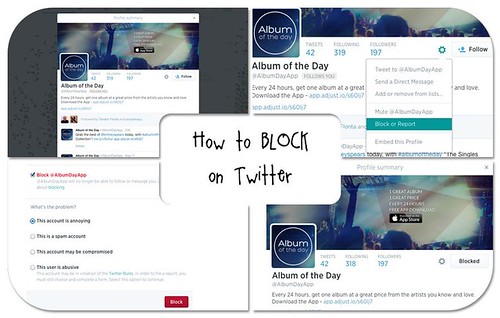 We’re having a big event, as you already know. We’ve used social media a lot in the planning and preparation of the event, and we want social media used during the event. We want to be able to show engagement, a diverse community, a virtual community as well as the face-to-face folk who come in person. We want people to upload pics to Instagram and Flickr, videos to Vine and Youtube; we want people to blog, and to tweet like crazy.

But anyone who has spent much time on Twitter knows what happens when you get a really active hashtag going. Spammers show up. And sometimes trolls. And sometimes people get confused about your hashtag and start sending content they think is relevant (but really they’re confused and it isn’t at ALL appropriate). And some people are just nasty or snarky on purpose. So what do you do?

There was a manager who instructed a social media team exactly what he expected them to do if a hashtag was co-opted like this. His instructions were for EVERYONE TO STOP TALKING. Yeah, really. That was completely the wrong thing to do, but you can’t blame him too much. He wasn’t at all experienced with Twitter, and was trying to work out his own practical interpretation of the popular Internet trope: 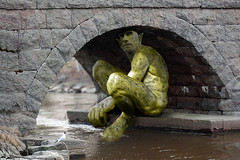 Of course, it’s not that simple.

For starters, just because you don’t like what someone says doesn’t make them a troll. There are many different types of people who can cause trouble in a Twitter stream (and each one requires different handling). Not to mention that telling everyone talking on an active stream to shut up and stop talking is hugely impractical and unworkable. Face it, it’s like a five year old shouting in a large crowd to shut up. No one hears them.

So what CAN you do? Have a plan. Here’s what I’ve seen work.

1) Have a Team
You really need 3-4 people to handle livetweeting an event. You want a team approach so that you are not just one person trying to make yourself heard, but that there are others who have your back in case of trouble, and who will backup what you are saying and retweet it and repeat it and rephrase it to help the important messages get heard. Remember, if you have multiple locations, you want two people in each room, unless the crowd is really small. The bigger the crowd in the room, the more livetweeters you want there from your team. That may mean that you need more than a 4 person team to handle lots of locations

2) Have a Backup Hashtag
When planning your event and choosing a hashtag, have a backup hashtag, just in case things go south. Don’t publicize it in advance, but make sure you have a core team of people tweeting who know what it is. The idea is, “Hey, people, we’re moving the party to a different room.”

3) Strategize
Make sure your team knows how to spot the different types of problems, and what to do in each case. If the point person is in another room, you don’t want the rest of the team waiting for them to come back. So, here is my long time favorite piece on how to identify different types of problems and how to respond. This was written for blogs, but transfers over fairly well to other types of social media. 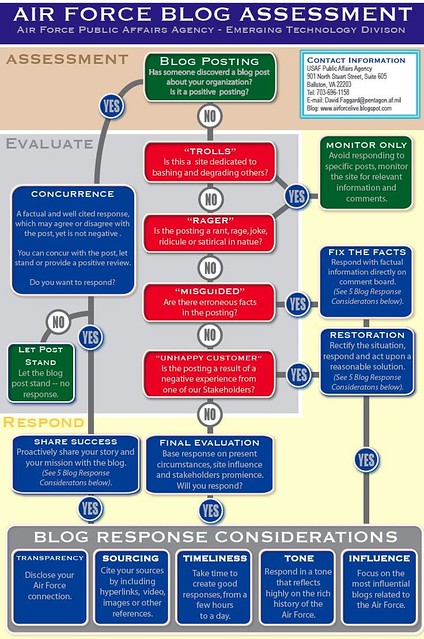 4) Prepare
Identify the most likely types of problems you expect. Prepare in advance tweets that describe what to do in case of those events. Have a text file with those prepared tweets. Make sure everyone on the team has a copy. Ideally, have a web page prepared with the info. Don’t share the web page until needed, but when it is needed you can share it with everyone on the stream if you want. If not, it is right at the fingertips of everyone on your team, with all the info right in one place, easy to update on the fly.

1) OPTIONAL: When the event starts, announce general guidelines and assumptions. These might include general behavior guidelines (don’t be preachy); “we assume your tweets are your own and not your company’s”; who is on your team; what the event is about and what the hashtag means; and other things that might matter to your organization.

2) If you aren’t sure if someone is a spammer, and think maybe they are just accidentally being rude, take the conversation out of the hashtag stream. You can use direct messages (DMs) or personal tweets (using the at-sign (@) and their account name). You can nicely ask them to be careful privately without putting them on the defensive. This often works.

3) When it doesn’t work, or when there is nastiness involved (porn, swear words, aggressive marketing), block them, and tell people on the hashtag stream to block spammers. The way Twitter works is that if a hashtag suddenly has a lot of people blocking a lot of other people, things get fixed faster.
– 3a) If a lot of people block the same account, the account tends to be locked down and will disappear.
– 3b) If a lot of blocking activity is happening in a Twitter hashtag stream, the folks at headquarters tend to notice and start monitoring that hashtag for spammers. Suddenly it will all be cleaned up. But it takes a lot of people working together to get this to happen.

4) If none of that seems to be working, break out your backup hashtag and move the party.

I was surprised to find out how many people don’t know how to block someone on Twitter. This is really important for shutting down a flood of spammers in a stream. Here’s a little infographic I whipped up to walk people through the process. Feel free to share it. 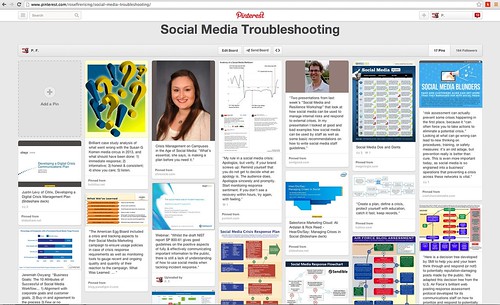 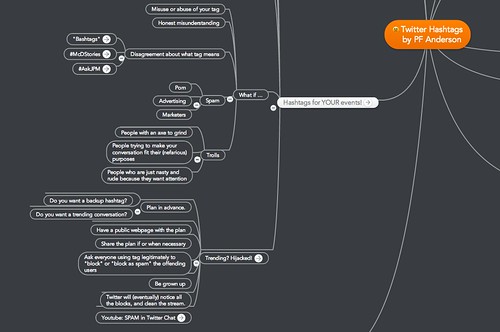 This entry was posted in Enterprise, Science2.0/Health2.0, Twitter. Bookmark the permalink.