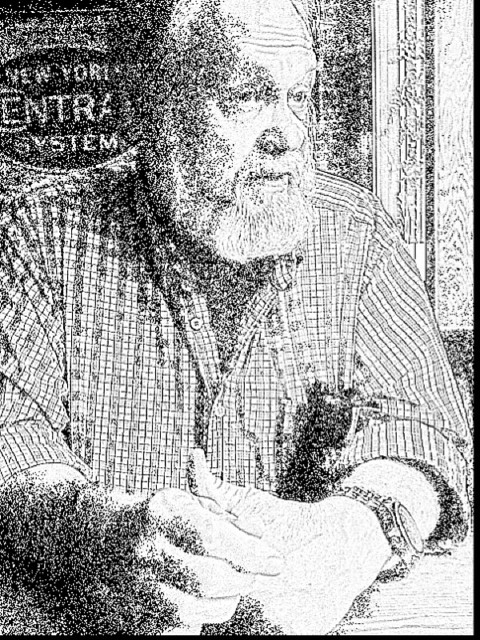 The other blog for which I was writing the “Hashtag of the Week (HOTW)” posts has changed focus, so I am no longer doing them weekly, but I am still doing them when available time and something amazing both intersect. The something amazing part happens ALL THE TIME, and if that was the only factor, I could do these daily! But this time, the conversation was so relevant and useful that I would feel like I wasn’t doing my job if I didn’t share it.

Yesterday evening, the Healthcare Leadership group had a conversation about the role of questions and questioning in healthcare. The conversation was lead by Bernadette Keefe, MD, and was triggered by Warren Berger’s work in the area of “beautiful questions.” He wrote a book, but you can find a short intro to the core ideas in his New Year’s article, “Forget Resolutions.” To help people ask better questions, more answerable questions, questions that have a higher potential for leading to positive change in their life, Bernadette pointed out the tips from the “Right Question Institute“, and I pointed out the “Question Prompts List” strategy. 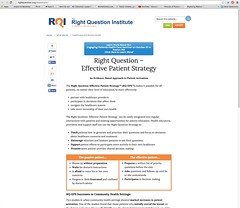 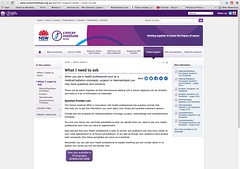 T1 In our sizable efforts to make healthcare more efficient, accurate and safe,as well as less costly, what are the questions weʼre not asking?

T1 Do you feel safe/comfortable? Why not? How can we change that? #hcldr

T1: what don't we know and who haven't we heard #hcldr

T1 "How can we make your next visit even more convenient/smoother?" – Hotels & restaurants ask, why not healthcare? #hcldr

T1 what will happen if I do nothing? #hcldr

T1 And even more important, "Do YOU have any questions?" The number of times I've had to chase down a HCP for important questions…. #hcldr

T1 Big question for patients; do I really need to see a doctor? Or will this get better on it's own? #hcldr

T1 "What can we do to make you more self-sufficient at home?" HT @seastarbatita for the idea. Not many Q's asked abt staying at home #hcldr

T1 Before determining what questions HCPs SHOULD ask, some of them need to learn to listen to the answers they're already getting. #hcldr

Asking questions with tact & respect goes both ways as well. T1 As my mother said, "It's not what you said, it's the WAY you said it" #hcldr

T2 As you experience healthcare delivery today – is questioning valued?

@hcldr #hcldr T2 You got to be kidding! The answer is NO! we don't value questions!

T2 How about every #hcldr we post 1 Q on blog – real Q from real patient – that HCPs think was great one?

T2 #hcldr Best docs like Qs. Others tell patients to shut up. Like a bell on a cat, Q intolerance warns that doc is insecure/unhelpful

T2: When patients are in the "heat of the moment" how do we empower them to go back and re-ask questions? #hcldr

T2 Sometimes patients read the temperature in the room and know not to ask. Non verbal cues play a part #hcldr

T2 When I don't talk well, many HCP don't bother to listen. They just assume I don't know what I want. #hcldr

T2: from a mom of a disabled kiddo…I think some providers feel like questioning=threatening #hcldr

T2 Asked a surgeons how many ___ procedures he did in a year. He said I was not ready for the op. Not a desired question #hcldr

#hcldr T2 When employees speak or question the system, they get fired. So everybody start walking on eggshells.

T2: Time is the biggest price for everyone in healthcare…yet when we forsake time to ask questions, it costs everyone #hcldr

T3 What are questions you, personally, would like to ask of your healthcare provider, medical insurance company, or hospital?

T3: What tests do I really need, and which are defensive medicine? #hcldr

@pfanderson @jenwebs Add to that what are my other options. T3 #hcldr

T3: If the best care decision for me is defined as an "outlier" in your guidelines, are you going to empower me + MD to do so? #hcldr

@CancerGeek Andy, they will stare at you. Then shake their head. This is the crux, how to we enable ALL types of decisions to flow? #hcldr

T3 – What OTHER options do I have? Often only presented w/what HCP feels approp, what they can provide; dont want 2 give alternatives #hcldr

T3: what's your definition of health? – so I can compare that to my own. #hcldr

@hcldr How can you support me to best live the life of my choosing? To treat me without alienating me from my home and community? #hcldr

T3: "What if" visualizations are always so powerful to affect behavior change. I'd ask for more of these! #HCLDR @hcldr

Question I'd like to ask HCP: "How can I help YOU meet MY needs?" I'll come prepared, I'll ask the questions, what else? #hcldr T3

T3 I'd like all my son's docs to sit in a room w/ me once in a while to discuss his case, together. #hcldr

T3: Another important one that many don't think about: how are you using my data? Is shared? Used for Research? Sold? #hcldr

RT+1000 @LAlupusLady: T3 as a patient w/ multiple chronic conditions, when will you see me as a woman/person with a life? #hcldr

T3 #hcldr Whenever possible, I ask docs, nurses, techs how/why they got into this career & listen to their motives, satisfactions, Qs, goals

T3 why do you cause so much anxiety on scan day. Waiting for hours in a sterile white room for results that can be delivered by phone.#hcldr

T3 Always the question no one asks. Will this affect my sex life? #hcldr

T3: If you do not meet my definitions of value in care, do I get a refund? #hcldr

@CancerGeek …husband tried to argue if we didn't find anything out and didn't leave feeling any better, we shouldn't have to pay. #hcldr

T3 what additional covered services should i be taking advantage of that I'm currently not? #hcldr

@DrLesKertay @pfanderson Yes! There's a difference between surviving and thriving. Where on the spectrum do you expect me to fall? #hcldr

Now you're talking @MandiBPro 's language RT @anetto: T3 Can I have a look at that record? I see an error on page 1 – Can you fix it? #hcldr

T4 How could the value of questioning be incorporated into healthcare delivery in an efficient and effective way? Programs etc?

@RannPatterson @CancerGeek "Most patients never find out what causes their pain." As if that were an answer. Say HCP for MAYBE 3 mins #hcldr

T4: Allow to question why this test vs that test; Can you provide decision tree to show me how we made this decision collectively? #hcldr

@jenwebs As I said last week, EMR=Epic Medical Regression. Agree it needs to be redesigned by first defining problem to solve. #hcldr

@DrLesKertay We can do this best by working as a team. peers, social workers, librarians – MD does not have to take all the questions #hcldr

T4: How about journalling the patient’s questions over time and bundling them into the Review of Sys at time of visit? #hcldr

T4 – Teach patients how to ask questions, to write down top 3 concerns prior to appt on paper and bring. Respect, never minimize #hcldr

T4: Use tech to gather data pre-visit, the provider is prepared to ask data driven questions at the visit (ie. loose the "binder") #hcldr

T4 @MMaxwellStroud I really like this utopian view. Docs have the time & willingness to look at pt data AHEAD of visit #hcldr

CT: This conversation about patient engagement needs to start in medical school. Day one. #meded #hcldr

@Colin_Hung a patient's dream is a HCPs nightmare? When will reality meet in the middle? #hcldr

CT: Empowerment via Education. Education via Q&A. Questions MUST be encouraged & executed by pts & docs for effective HC. #hcldr

ICUMI~Last eve's #HCLDR Transcript: A Beautiful Question: Questioning in Healthcare http://t.co/DsnUkLAsYA via @symplur ~thanks to everyone!