Part 2 of a series of blogposts I wrote for the recent Annual Meeting of the Medical Library Association. 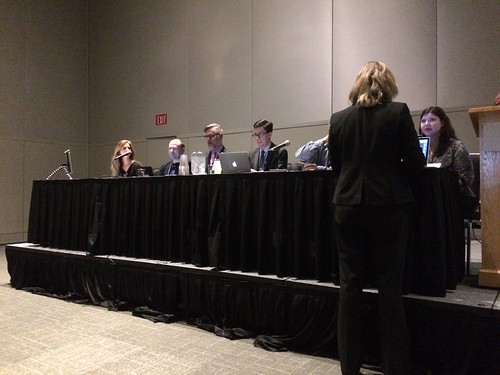 The event so fondly known as MLATTT is a gathering of a panel of medical librarians who describe new and emerging technologies in what has become, by a kind of traditional, highly entertaining and engaging ways. For many, it is a not-to-be-missed highlight of the annual Medical Library Association meeting. This year was no different, and if anything topped previous years for sheer blistering hilarity. When the video becomes available, this is a must watch. I plan to watch it again, and I was there! 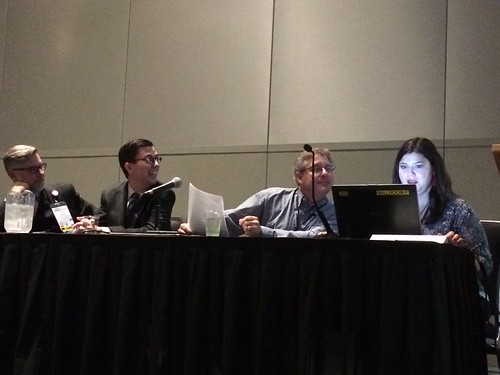 Eric Schnell gave a talk that had the older members of the audience guffawing with laughter as he extolled the pleasures of emerging technologies from the perspective of the 1980s and 1990s. There were some younger folk asking, “Mosiac? Atari?” It was extremely well scripted and supported with links and images, and delivered completely deadpan. 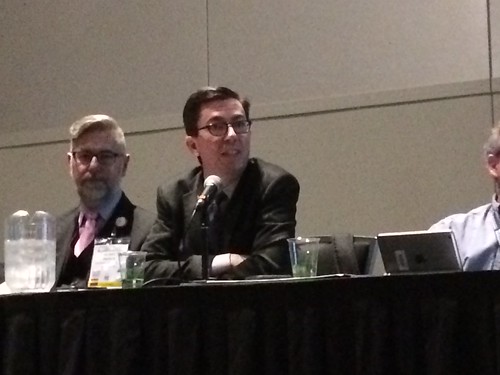 The quantified self section presented by Jon Goodall was great fun for me, and I particularly enjoyed how he engaged the audience in reviews of some of the highlighted technologies. It was interesting to see who had used various tools, and whether they worked for them or not. 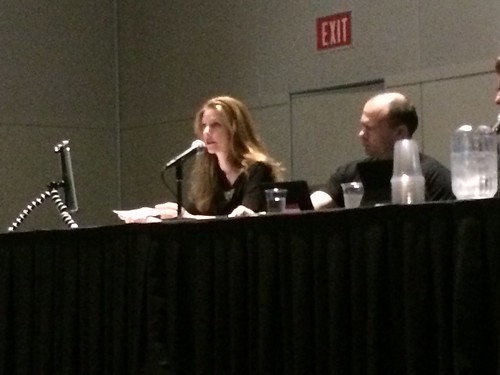 Kimberley Barker was incredibly dynamic, personable, and knowledgeable, as she sprinted through a rapidfire, high energy delivery of examples of tools, technologies, and trends relative to what’s happening with the Internet of Things. 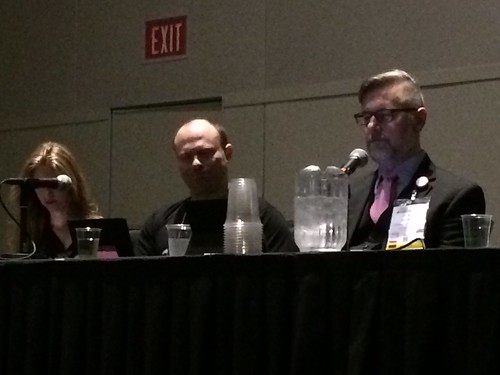 Jason Bengtson gave a candid, rollicking walk-through of some of his thoughts and experiences while creating the engaging information skills tutorial, Zombie Emergency. I was really impressed with how clearly he described the challenges of integrating education goals and content with gaming. Rachel Walden expressed well what I was thinking, when she commented on how impressive it was that Jason coded this, and is giving away the code for free in Github, as CC-licensed. You can find the actual quotes in the Storify, listed at the end of this post. 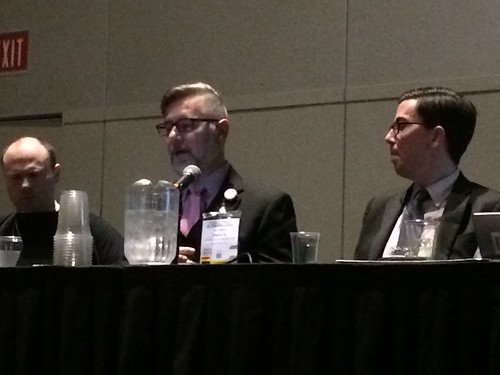 J. Dale Prince might have been last, but far from least, as he wittily recounted his tales of being a new Apple Watch owner, pros, cons, and maybes. By the way, if you decide to buy a gold Apple Watch, Dale is willing to trade. 😉

Here’s the Storify, with much much more detail.

An archive of the tweets is available here, through Symplur. Almost 400 tweets in one hour?! That should tell you how much fun folk were having!