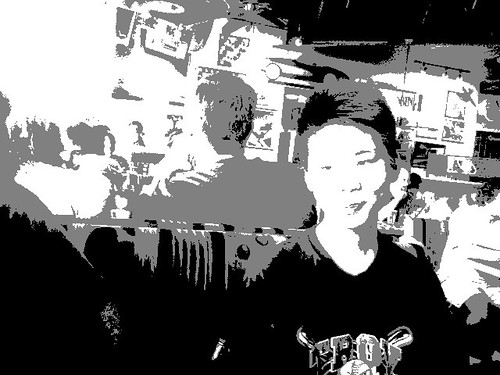 We praise the power of social media to bring people together, to engage people around topics and events of shared interest, to include. Too often we don’t stop to think that every new tool with new ways to include people is probably excluding someone else in a new way.

The accessibility of social media is rarely discussed outside of communities of persons with disabilities. When it is discussed, the people who most need to hear it (us?) may not be in the audience. When we aren’t, the work we do to try to include and engage may actually serve to accomplish the opposite.

The obvious example, one you probably already know about, is when you share video or use streaming tools, but lack captions. It isn’t always possible to pay for live captioning, as much as we might want to, but there are tips and tricks to get around that with low-cost options. In Second Life, the Virtual Ability community has, as a standard of practice, a roster of volunteers who offer to type into live chat a synopsis of what the speaker is saying, and who describe images on the slides for the blind. Because some conversations there are held in typed chat, they also have someone sighted volunteer to read aloud the typed chat, identifying the speakers. Why couldn’t we working in healthcare media implement something like this for streamed events?

Did you know about Easy Chirp? It’s a Twitter browser designed for people who are blind or visually impaired, but it can be useful for others as well. Just as with curb cuts, tools to make social media more accessible for marginalized and excluded audiences can make life easier for people who are nominally able-bodied. Accessible browsers can require less bandwidth and be more robust when you are in that crowded meeting room with a hundred people sharing wireless, just as an example.

Do you tweet using one of those marvelous fancy tools for the pros that allow you to track multiple channels at the same time? Often those will place the relevant hashtag for the channel at the beginning of each tweet. I wager you weren’t aware that this makes life harder for those with visual or cognitive challenges, because it makes it harder for them to sort out the important part of the message. Recommended practice is to place hashtags at the END of your tweets.

Also, for those hashtags which smoosh together parts of different words? Screenreaders struggle to figure out how to read those when they are all lower case or all upper case. I have a bad habit of not mixing the capitalization because it is faster when I am typing, but for screenreader, there is a world of difference between #mayoclinic and #MayoClinic. Now that I know, I am trying to be better about it, because I was excluding people when I meant to include them.

These are just a few examples, low-hanging fruit. There is a lot more to know. Luckily, there is an upcoming free webinar on social media accessibility from the ADA National Network, if you are interested in learning more. If you are here on campus, we are meeting in the Hatcher Gallery Lab to watch this together.