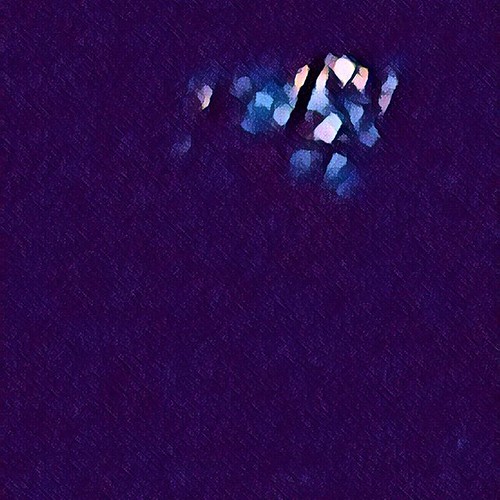 I’m going to say something unpopular and uncomfortable. Mark Zuckerberg is getting a lot of flack for his comment in the Recode interview about Holocaust deniers. As a librarian, I see that what he’s really talking about is CENSORSHIP.

“I also think that going to someone who is a victim of Sandy Hook and telling them, “Hey, no, you’re a liar” — that is harassment, and we actually will take that down. But overall, let’s take this whole closer to home…

I’m Jewish, and there’s a set of people who deny that the Holocaust happened.

I find that deeply offensive. But at the end of the day, I don’t believe that our platform should take that down because I think there are things that different people get wrong. I don’t think that they’re intentionally getting it wrong, but I think-… It’s hard to impugn intent and to understand the intent.” Mark Zuckerberg, Recode Interview

People are latching onto the small concept and missing the big picture. It was an example, not necessarily a specific. It was an example of something that deeply offends him, but which he is refusing to censor. It was about trying to create a place for unpopular and uncomfortable ideas and conversations, about embracing differences. Ideally, that would be a safe place, an open space, a respectful place, but there’s a lot of people in the world, and I don’t know that very many of them are consistently able to have conversations that are safe, open, and respectful on topics that connect to their fears and wounds.

Think for a minute about ideas that each of us hold which are problematic for others, and what would happen if we applied the same criteria for exclusion to our ideas and voices as we do to the ideas of others that make us feel bad. I have friends who are right wing, and left wing; LGBT, and conservative Christians; scientists, and astrologers; kink aficionados, and asexual survivors of child sexual abuse; highly educated researchers & writers, and people with learning disabilities or from underprivileged and under-resourced backgrounds and communities. My hope is this diversity of people will encourage conversation and awareness across the divides, that we can and will LEARN from people whose thoughts and experiences are different from our own, that we can encourage flexibility and examination and questioning of what is or is not a good trusted information source and why.

So, Facebook isn’t perfect, and people aren’t perfect, and Mark Zuckerberg isn’t perfect, and I’m not perfect. I respect that Zuke is trying. I respect that it is basically impossible to define a conceptual boundary, a line in the sand, for what can and can’t be posted here, without causing harm. There is harm if the line is too loose or too tight. It needs to be a blurry boundary. We need to give people the benefit of a doubt. We need to assume that most people are at heart good people with good intentions, and create opportunities to inform them and ourselves, hopefully creating opportunities to change minds and hearts.

Zuckerberg had a great response that isn’t getting as much attention as the original remark.

“Our goal with fake news is not to prevent anyone from saying something untrue — but to stop fake news and misinformation spreading across our services. If something is spreading and is rated false by fact checkers, it would lose the vast majority of its distribution in News Feed. And of course if a post crossed line into advocating for violence or hate against a particular group, it would be removed. These issues are very challenging but I believe that often the best way to fight offensive bad speech is with good speech.” Mark Zuckerberg Clarifies, Recode

I don’t know about you, but I’m on Zuckerberg’s side with this.

As you’ve probably already heard, on November 22nd the FDA sent a Warning Letter to the personal genomics company 23andMe. As someone who has participated in clinical studies about personal genomics and blogs (occasionally) about this area, my social media streams have been EXPLODING!

Just through Twitter (for which it is easier to grab numbers), in the past 3 days there have been over two thousand more posts mentioning 23andMe, and over 500 new mentions in my own Twitter interactions stream. I cannot keep up, I can’t read them all, much less reply. Friday night the conversation was burning the wires, and I finally had to stop to sleep. I promised I’d get back to folk in the morning. In the morning, I had 250 new interactions. While I tried to read those, I made it through about 50, and in that time another 163 had arrived. During the conversations, a number of us decided we had so many folk in the conversation we needed a new hashtag to corral the content. We decided to use #PGSethics for “Personal Genomics Services, Ethics.” Obviously, this is the topic of the moment, but this blog post is going to require being extremely selective to merely hint at the boundaries of the conversations occurring even as I write this. Also, because the very nature of the topic is enormous, with complex issues, much of the conversation is shifting back and forth between Twitter and blogs. Analyzing all this will make a fabulous doctoral dissertation for someone!

Here are the main hashtags I am using to track this, BUT with a huge caveat. Most of the conversation is not happening through hashtags right now, and I seem to be being cc’d on much of several conversations. And since many of the most pungent comments don’t even include the word “23andMe” the only way to really find what people are saying is by sheer brute force digging. Still, this is a start.

Outrage over the FDA’s treatment of 23andMe is wrong | What health entrepreneurs can learn from @23andMe http://t.co/Gk5cO4WpOH #PGSethics

How many consumers (of 400,000) would/could add 23and me data to their PHR (bluebutton preferred)? #PGSethics

"The problem is… it would be next to impossible for someone to actually interpret their genome" http://t.co/tdoiOesQRe #PGSethics

Here's What Happens When You Share Your 23andMe Results With A Doctor http://t.co/DtdS4JAccC #3 was most like my experience #PGSethics

You’ve already heard about Open Access Week. My favorite quote so far was the one from Jack Bernard selected by Irina for yesterday’s blogpost:

Nice. And, as has been becoming overwhelming obvious in the halls of academia and environments of publishing and scholarly productivity, very true. So, the focus today is going to be about what’s the buzz on Twitter around Open Access Week. As partial evidence of the range of communities surrounding this topic and how they express themselves, I’d like to point out the variety of of hashtags being used to discuss this (#openaccess, #OA, #OAweek, #OAweek2012, #OAweek12, #oaw, #oa12, and then it gets complicated).

New Animation! What is Open Access?PHD TV takes a look at a growing academic movement:phdcomics.com/tv/#015

.@petermurrayrust argues that #OA needs to engage with citizens and fully align with libre (i.e. CC BY) – goo.gl/Q3qG2 #oaweek2012

Open Access and its impact on the future of the university librarian: ow.ly/eMFze (via @gdnhighered) #OAWeek #OpenAccess

Oh look that’s me @plos: A patient’s POV on #OpenAccess “Inserting Ourselves into the Science of a Condition” bit.ly/RYEc1E #OAWeek

In celebration of open access week, I am designing a faculty development workshop on teaching students access literacy.#OAW #buildaccess

There are now 6350 signatories to the Budapest Open Access Initiative, which is now 10.5 yrs old. opensocietyfoundations.org/openaccess/read #OAFactOfTheDay Fact4

The problem with #plos and #openaccessweek is that for each researcher $1500 PER PAPER is unfeasible. is actively discouraging submission

Realistic answer to an increasingly difficult question: What do publishers do? By @deborahatbmc #bmcmed blogs.biomedcentral.com/bmcblog/2012/1…

Exciting find of the day! amazing WORLD of information on the Directory of Open Access Journals! #doaj#nerdalert doaj.org

… and there are a lot, LOT more. Both tweets AND tags!