Every Day In Many Ways: Solving “Wicked Problems” at the University of Michigan 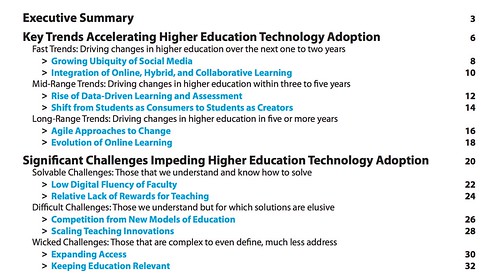 The past couple months, the Cool Toys Conversations group has been discussing the Horizon Report, as we do every year. This year we decided the collection of technologies was perhaps not as interesting as the trends and challenges they identified (screenshot above).

Yesterday, over the lunch hour, the group became particularly interested in the wicked problem of “Keeping Education Relevant.” There was a lot of good conversation, and I unfortunately did not take notes, so I am going to trust my memory (HAH!). The gist of it was encapsulated in a couple points. David Crandall pointed out that there is a strong relationship between the so-called solvable challenges and the so-called wicked (or unsolvable) challenges, with the hint that perhaps solving the solvable challenges might actually take us a long way towards solving the unsolvable challenges. (Yes, it’s ok to giggle – that’s a lot of the same word.)

Next was the observation that “Keeping Education Relevant” is distinct from keeping learning relevant, since learning is ALWAYS relevant. So the question is less about how to keep learning relevant, but more about how to position the kind of education that happens in higher education as an active participant in the broad open amorphous space that is comprised of all those glorious online and offline social learning spaces that people love so much.

Last but not least was the interjection that, Hello! Maybe it isn’t so unsolvable after all, since so many folk here are already doing such exciting things to position us, as academics, in ways to show relevance to the public and to engage with the public. Actually, I suspect that all major universities are engaged in similar kinds of activities, and working hard to make clear the ways in which academia is not only relevant, but makes possible research and learning opportunities that benefit the broader communities and which would not be possible or practical in other types of spaces and structures.

Here are just a very FEW examples of activities around campus that are, frankly, not atypical and which illustrate ways in which we are making academia relevant here, every day, as a routine part of business. 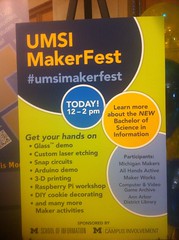 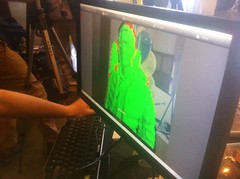 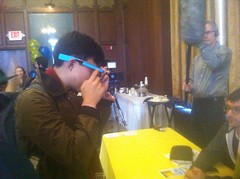 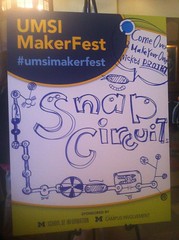 Today, the School of Information had a Makerfest in the Union. As you can see from the poster, they had a lot of cool stuff going on, from Google Glass and Rasperry Pi to video games and cookies. Among their partners for this event were multiple community makerspaces, both the campus and local public library, individuals with special talents or resources, and of course, campus groups. Was the audience just college students? No way! Students were there, but also parents and kids, teachers, staff, community, and I don’t know who else. 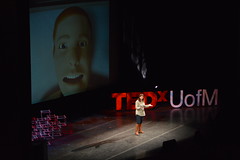 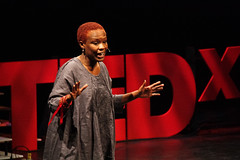 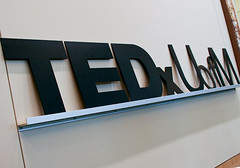 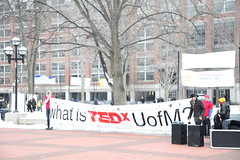 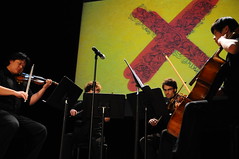 A couple weeks ago (less, actually), the campus had our TEDx event (TEDxUofM). TEDx events are gatherings of fascinating people sharing innovative and creative ideas. They are spinoffs from the large TED organization where TED stands for Technology Entertainment and Design. My brain keeps trying to change the “E” to “Education”, since that’s what my brain associates with the TED videos, but when you think about it, “Education” and “Entertainment” are pretty closely related in many important ways.

With our local TEDxUofM event, it ALWAYS is highlighting topics that connect academia and the real world, projects that make a difference in the lives of real people, stories that touch hearts and lives. It doesn’t accomplish this by just making a forum for faculty to preach to the choir, but by giving prominence to projects by students and alumni as well, and by getting faculty to talk about their passions beyond their official job duties. In this sense it is like most other TED and TEDx events. Here, of course, the event connects the campus and the town and community. There isn’t just one TEDx event locally, but several — TEDxDetroit, TEDxUofM, TEDxEMU, TEDxSkylineHS, TEDxArb, TEDxYouth@AnnArbor, TEDxUMDearborn, and probably more I haven’t covered/discovered. TEDx events are partnerships with the community, ways to bring information out of ivory towers and into public spaces. They engage, emote, intrigue, and inspire. They foster awareness, and through awareness future collaborations.

In Andrew Maynard’s recent presentation, “Should Academics Get Down and Dirty with Youtube?,” he illustrated the power of Youtube to reach the public, to educate, to inform, and to potentially inform policy and decisionmakers. This insight of his was reinforced by President Obama’s recruitment of video bloggers (vloggers) with strong reach among the youth audience in order to disseminate critical information about the Obamacare registration deadlines.

Andrew highlighted a number of influential vloggers who present content on science and research, but who are not themselves from academia, then asking what is it that they are doing that we are not? Why is it that the general public obviously have a passion for information about science, but find science information more persuasive when presented by someone who is not a scientist? What are we not doing that we should be or could be doing? These questions are what inspired him to create the Risk Bites series of science videos, in which he endeavors to position academic and heavily evidence-based science information in a public space in a way that will hopefully reach those who need the information. Here is the most recent video from that series as an example.

What’s the difference between hazard and risk? https://www.youtube.com/watch?v=_GwVTdsnN1E 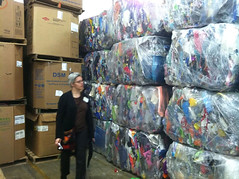 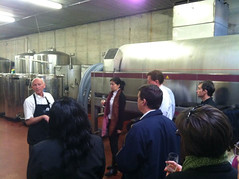 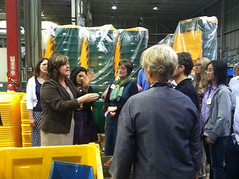 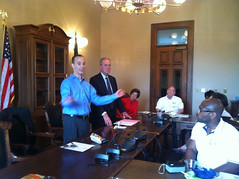 The University of Michigan Road Scholars program has been going on for DECADES. The idea was, yet again, how to make academia relevant to the communities in which we find ourselves. More than that, it was how to create bridges, connections, and partnerships between the University and the people of our state. In the Road Scholars program, faculty travel the state on a kind of pilgrimage to various communities around Michigan, developing a genuine and personal connection to the people and places, learning about the initiatives and work that is done around the state, and fostering opportunities for outreach, partnerships, mutual regard and learning. 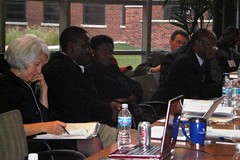 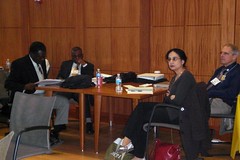 The Ghana Emergency Medicine Collaborative is another project that has been going on for a while. These images are from an early event in 2009 which laid some of the groundwork for this collaboration between the University and medical programs in Ghana. The collaboration involves individuals from both schools going to the other country to learn more about needs, resources, and opportunities. This innovative partnership drove much of the initial development of the University’s creation of open education resources, and has proven to have a large and lasting impact far beyond the original scope of the project.

Are you here at the University of Michigan? Are you interested in a campus-wide conversation about barriers to innovation in education and what we are already doing to solve these problems? Do you know of some amazing work people are doing to help keep us relevant? Please add your thoughts in the comments.

4 responses to “Every Day In Many Ways: Solving “Wicked Problems” at the University of Michigan”